The welcome John and Mary had received from the community when they first arrived in Ancoats was not only from the Irish residents but also the English . They, due to the enclosure of the common land needed by villagers to graze there few animals, along with many of the rural industries, such as weaving, being in decline, also had relocated to Manchester where work was plenty.

In the years following 1851 the affect of people fleeing the famine from over the water in Ireland, resulted in the population of Ancoats growing to an unsustainable level.Many  were suffering from fever when they first arrived.

These poor wrenched people had also suffered through the last few years . Having no money to support themselves, took work, (any work) at reduced wages. Four or five families shared a single room in a lodging house. Mill owners took advantage of this cheap workforce obviously causing problems between the two nationalities and for  most parts became isolated from each other.

Ancoats though a poor area had over  the years built a strong caring community . With the large influx of people this changed the local demographic. This along with the undesirables from other districts having moved into the area, these were now the lawless streets where Joseph was growing up.

Joseph on many a winters night had sat around a glowing fire with his brothers and sisters listening intently to stories told by their mother and father,as they recalled there early live just after they had wed, travelling around Ireland.

The most enjoyable stories were of his parents moving from village to village in their cosy caravan pulled along at a lazy pace by their faithful horse.

On long warm summer’s nights they would stop in a picturesque area, maybe by the side of a shallow river or lake, then would unhook the horse from the caravan. With no need for a saddle, ride him into the water. Horse and John enjoyed for an hour or so splashing  around in the shallows.

After a evening meal just as the sun went down, with horse being dried and tethered John and Mary would settle down under the patchwork quilt Mary’s mother had made as a  wedding gift. The caravan’s large doors were left wide opened as they lay in their bed looking at the millions of stars far away in the clear night sky.

They also told their children of the miserable lives the poor peasants endured back home in Ireland. There only shelter being but a one room cottage. A hearth stone lay in the middle of the room, cooking pot hanging from a roof spar, smoke exited from the fire via a hole in the roof.

Their only furniture a small bench. The bed nothing more than straw that they shared with the pig that they were fattening. This they would sell at the yearly farmers market. The proceeds from the sale to be taken from them by the rent agent .

John resented the fact that those that owned the land believed they owned those that lived upon it. To be treated no better than would a farm animal

Joseph now twelve years of age, having seen the condition of the poor wretched families  housed in Ancoats  . and learning how they had been treated by the ruling class,  not only in Ireland but also England, Joseph was growing up having no respect for authority. 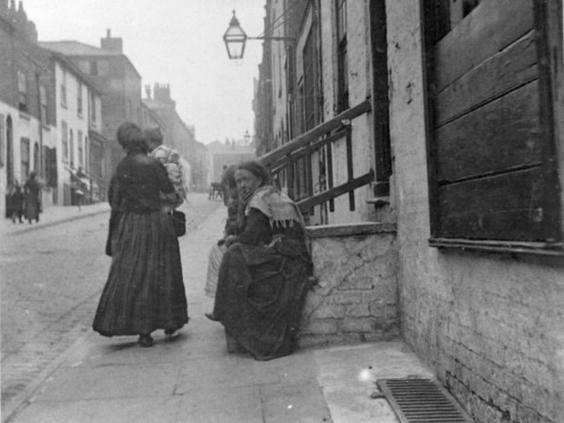